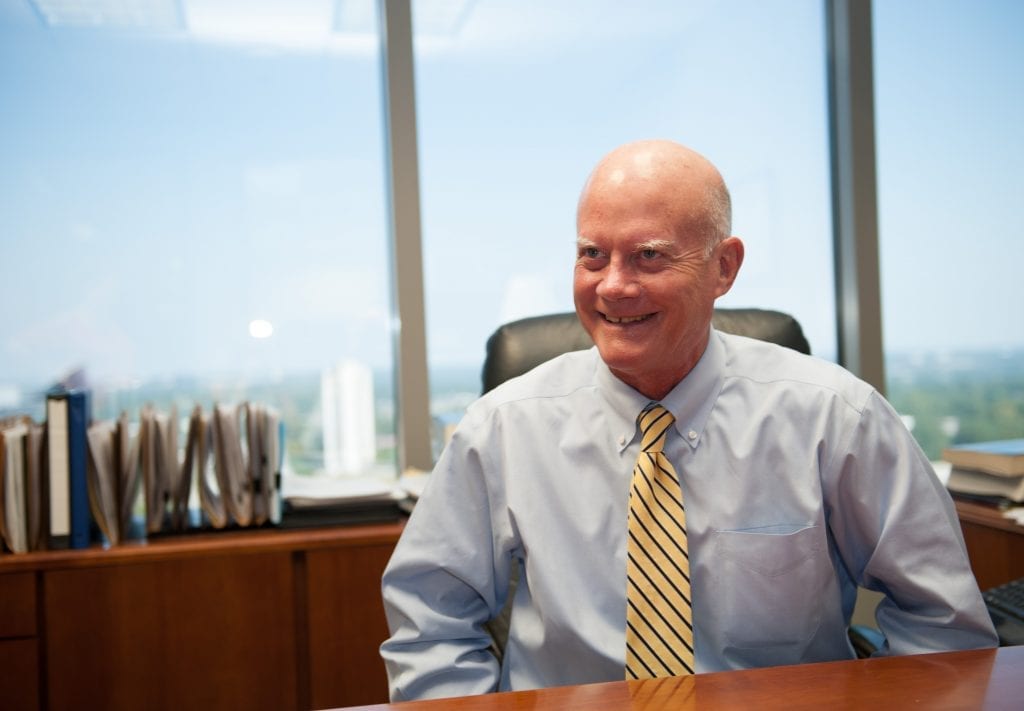 “I can’t say enough wonderful things about Fred. Not only does he know every twist and turn of the law, he also knows how to treat his clients.”

Fred Morelock practiced as a trial attorney for ten years in the areas of criminal defense and family law litigation before being appointed as a District Court Judge for Wake County where he served for 14 years.   He received his bachelor’s degree from the University of North Carolina at Chapel Hill in 1974 and his law degree from UNC in 1976.   During the time Fred was on the bench he presided almost exclusively in family court, most recently in North Carolina’s first designated specialized judgeship in the area of family law. He joined Tharrington Smith in 2001.  Fred’s  practice includes the representation of clients in all areas of family law, as well as mediation and arbitration; in addition he serves as independent counsel for the North Carolina Medical Board and the North Carolina Board of Dental Examiners. He is a Certified Superior Court mediator and a Certified Family Financial mediator.

Fred is presently a councilor for the North Carolina State Bar, and has been a member of the Disciplinary Hearing Commission, most recently Chair from 2017 to 2019.