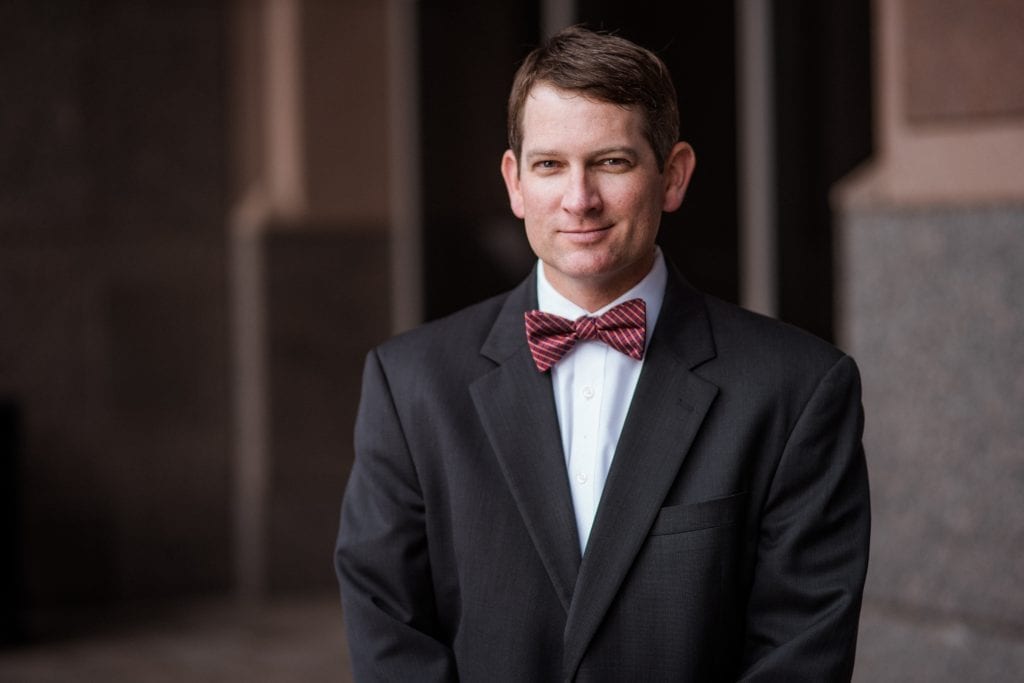 Kris has a unique ability to perfectly balance the highest levels of professionalism and integrity while also serving as a strong client advocate.

Kris Gardner maintains an eclectic legal practice that is focused primarily in local government law, litigation and alcoholic beverage control law. He is a native North Carolinian and grew up in Charlotte, where he attended the public schools. Kris began his career at Tharrington Smith as an office courier after graduating college. He was offered several jobs but selected Tharrington Smith because, even though the interview was brief, he quickly realized the close community of people who worked at the firm. This was a special place. Kris worked hard before attending law school and later worked as a law clerk at Tharrington Smith in the summers during law school. Kris has been an attorney at the firm since 2002 and a partner since 2009.

Kris is recognized throughout the state as one of the most knowledgeable and respected attorneys in beverage alcohol control law. He represents the North Carolina Beer & Wine Wholesalers Association and many beer and wine distribution companies across the state. Kris regularly consults with policymakers and stakeholders in support of responsible, state-based alcohol laws and policy.

Kris also has extensive experience representing local governments. He serves as the town attorney for Enfield and Littleton, both in Halifax County. He has also represented dozens of local governments statewide in a wide array of litigation matters. Kris served on the Morrisville Planning Board from 2008-2014 and as an at-large member on the Morrisville town council from 2014-2015.

In addition, Kris also represents clients in general litigation and other regulatory matters. He assists clients with matters before state licensing boards such as doctors, dentists, engineers and other licensed professionals. Kris also has extensive general litigation experience. He has represented both plaintiffs and defendants in a broad range of disputes, including matters involving wrongful death, personal injury, real and personal property, and complex contract disputes.