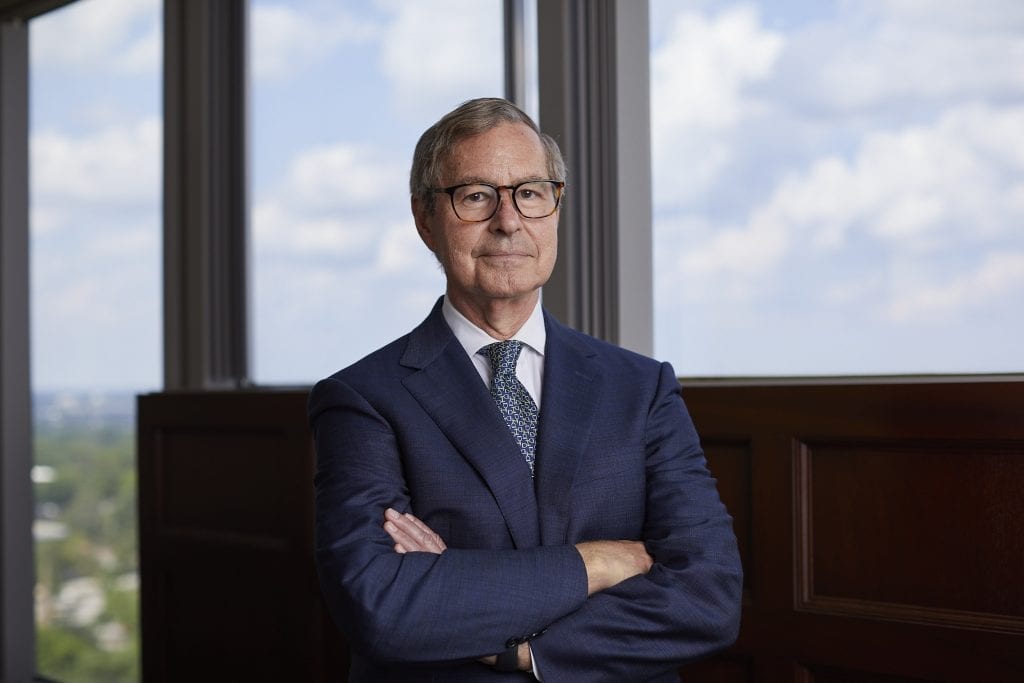 “Always responsive and attentive.  His knowledge of the law is amazing.  When you need a lawyer and someone who will look out for you… Lynn will be there for you.”

Lynn Burleson practices exclusively in the field of family law. He was admitted to the practice of law in North Carolina after receiving his Bachelor of Arts and Master of Public Administration degrees from the University of North Carolina at Chapel Hill, and his Juris Doctor degree from the Wake Forest University School of Law.  Before joining Tharrington Smith in 1999, Mr. Burleson served as a district court judge and was a partner in the law firm of Kilpatrick Stockton.  He has served as an adjunct professor of law for the Wake Forest University School of Law and High Point University. Mr. Burleson is a frequent speaker at law schools and at continuing legal education programs and has presented manuscripts on a wide range of topics including absolute divorce, divorce from bed and board, alimony, child support, and more. Mr. Burleson is North Carolina State Bar Certified Specialist in Family Law and a Fellow of the American Academy of Matrimonial Lawyers. He is certified as an AAML matrimonial arbitrator. As one of the drafters of the North Carolina Family Law Arbitration Act, he serves as a family law arbitrator upon request. He is a Diplomate of the American College of Family Trial Lawyers.