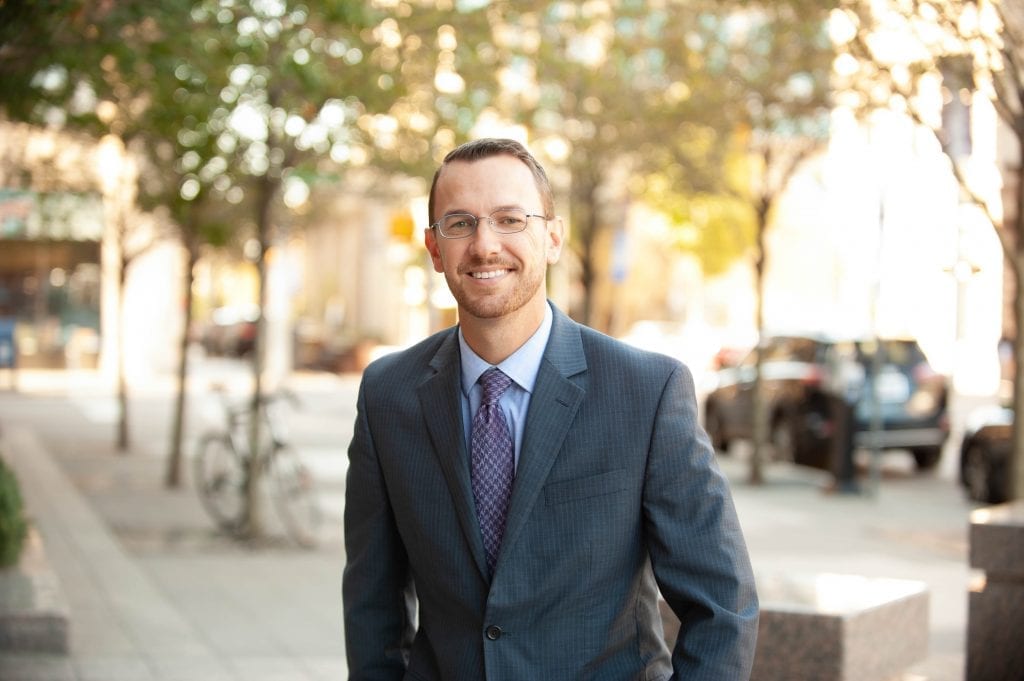 “Public schools are one of the most important institutions in our society, and it’s an honor to support their mission.”

Stephen Rawson is a partner in the firm’s Education Law Section. His practice is focused on litigation defense for boards of education, particularly in the areas of special education, bond forfeitures, and appeals.  Prior to joining Tharrington Smith in 2013, Steve served for one year as the Dean’s Fellow at Duke University School of Law, and for two years as a law clerk to Justice Robin Hudson on the North Carolina Supreme Court.

Steve earned his undergraduate degree in physics with honors from Duke University in 2005. He taught 7th-grade science in Louisville, Kentucky for two years, during which time he also earned a master’s degree in teaching from the University of Louisville. Steve returned to Duke and earned his law degree with honors in 2010.  He lives in Durham with his wife and two sons, Emerson and Lincoln.  In his spare time, Steve enjoys golf, fishing, and homebrewing.